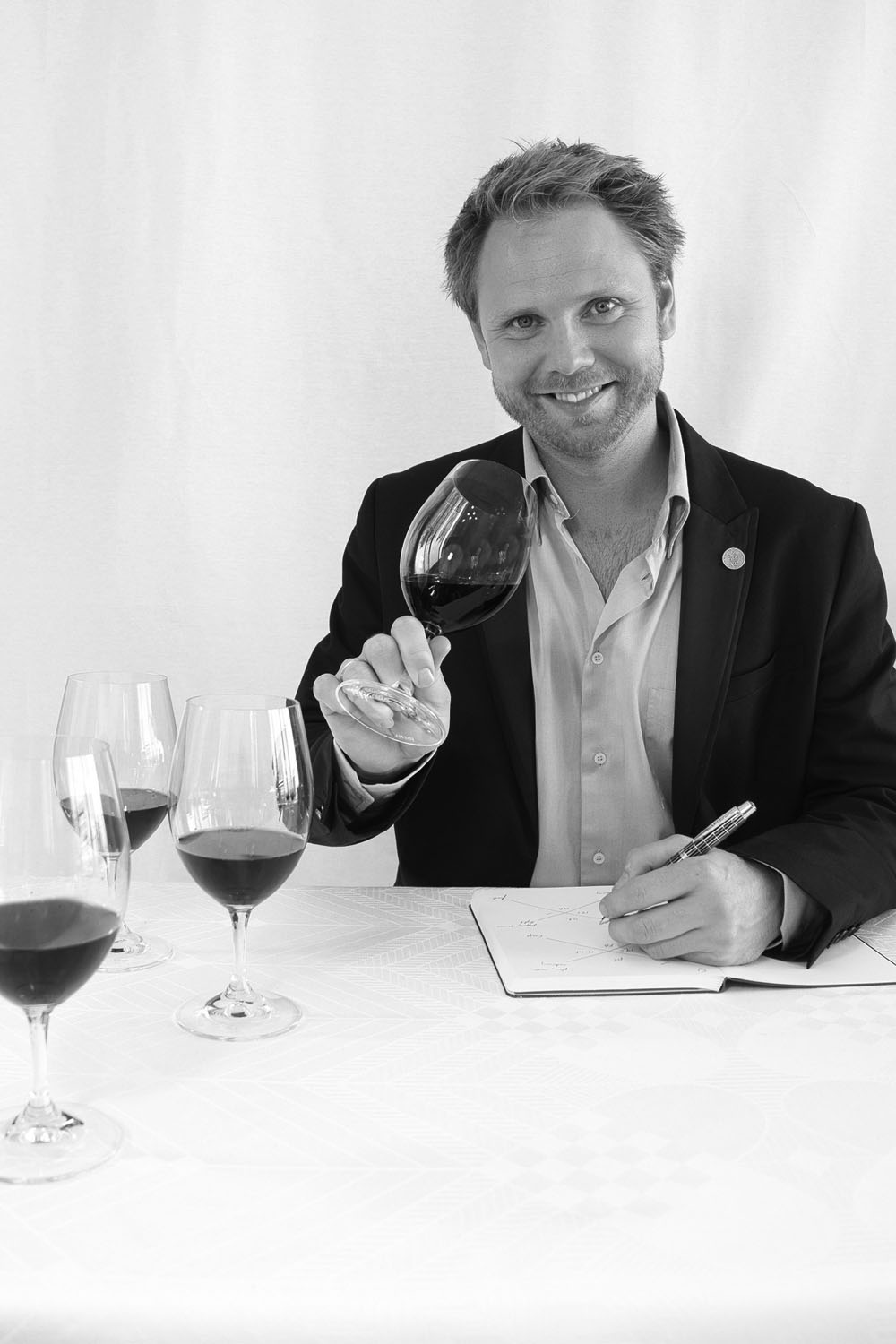 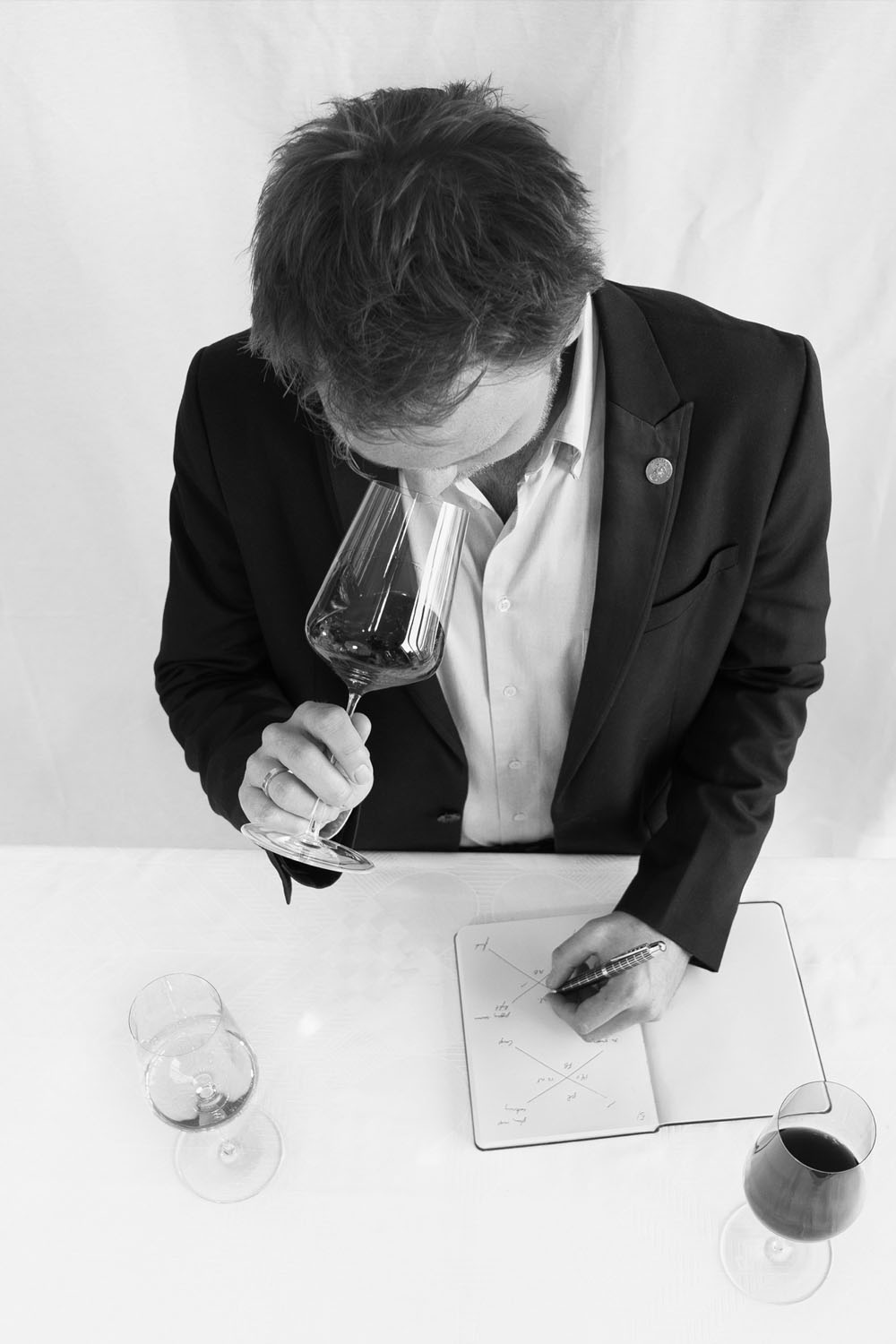 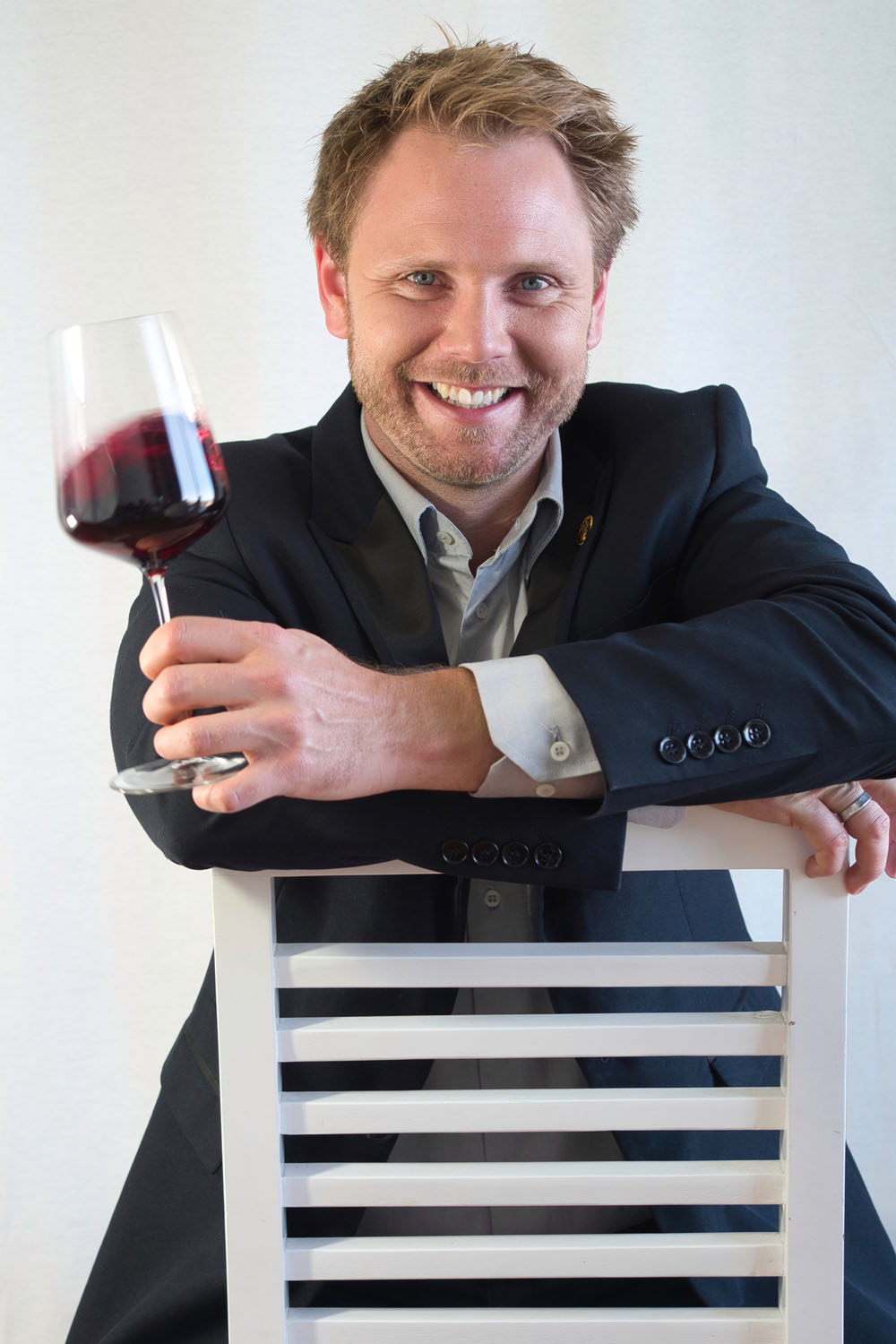 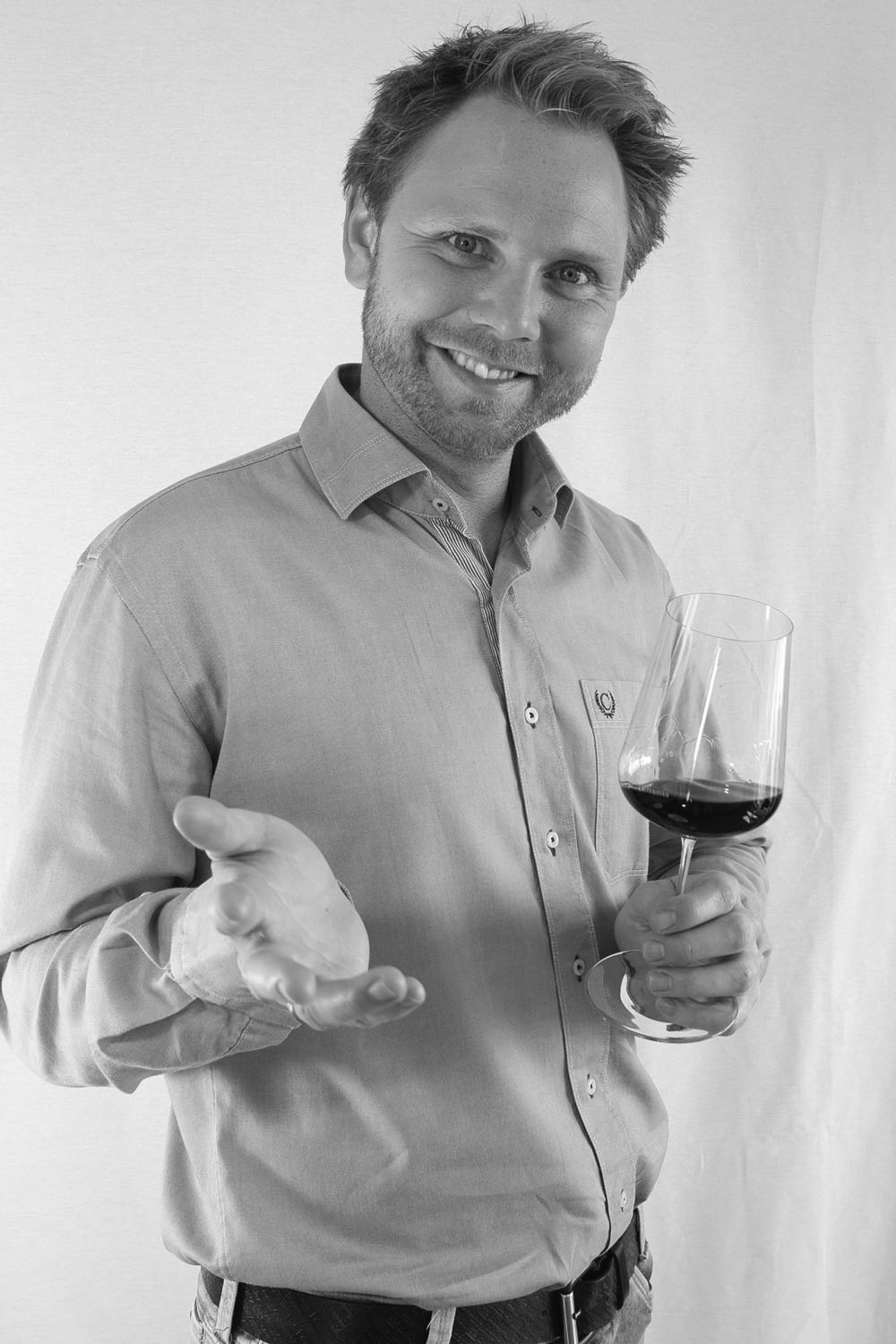 What it takes to become a Master of Wine

February 22nd 2019 the elite Institute of Masters of Wine made public the list of newly appointed Masters of Wine. We, at Bodegas Trenza, were very excited to see our very own Jonas Tofterup as one of the six 2019 graduates, and the only Dane to achieve this exclusive title. With great honor and excitement we sat down with Jonas Tofterup MW to congratulate him and find out more about what it takes to because a Master of Wine.

Congratulation Jonas, and thank you for this opportunity. I can tell you that your friends and family here at Bodegas Trenza woke up on February 22nd 2019 with our hearts in our throat as we waiting to see the official publication of 2019 Masters of Wine graduates. Please explain to us what you were going through emotional the hours prior to receiving the notification. Can you explain how you managed that emotion and how you received the notification?

I woke up around 6:20 as it was impossible for me say sleep any more. Thinking that I was just a few moments away from receiving a call from the Institute of Masters of Wine (IMW) made my heart beat reach 200 bpm. All students who are waiting results from their final exam receive a call from the IMW. I got out of bed (had no coffee for once in the morning as my body was pumped with adrenalin), and was just wondering around the house like a headless chicken having difficulties to concentrate about anything. My wife, Beatriz, also got up and was also wondering around, though trying to calm me down. Luckily, I had to prepare to send out some WSET level 2 diplomas to students after a course I had run a few weeks before. The practical work took my head off that was about to receive a call.
At 8:35 I receive a call from the director of education at the IMW who said very serious and slowly on the phone: “Good morning Jonas, this is Olly from the IMW” then he paused for a few seconds and said: “I have some good news for you. You have passed the research paper and we would now like to invite you to become a member of the IMW”. At this point my wife was already hugging me while I was on the phone. It was a seriously intense and emotional moment!
After talking for just 1-2 minutes on the phone, Olly said: “we have just sent you two emails. One with the code of conduct which you need to sign. Another with an invoice which you need to pay. We cannot send out the press release before all students have done this so please do it immediately”. Found it quite hilarious that after having studied for 4.5 years and having spent around 50,000€ on the studies, the IMW says: “welcome, now please pay your invoice…” Before I did what Olly had asked me to do, I went to the fridge and got out a cold bottle of Pol Roger and open it with my wife on our terrace – I needed the bubbles 

You are now official a Master of Wine, let us look back and see what drove you to get to this point of success in your life. Can you tell us a little about your background? You are Danish but grew up in Spain, how did this influence, if any your journey to study wine?

My Danish family migrated to Spain when I was just 5 years old. Growing in Spain with Spanish friend, going to an international English school and coming from a Danish family push me to grow up in a trilingual and international environment. I was not more than 11 year old when I first thought that I would one day work in the wine business. The inspiration surely came from my brother, 10 years older than me, who had just started working in the wine industry. From there and onwards wine became an increasingly important part of family life with wine for dinner most days (I was always allowed to taste) and my parents spending holidays visiting wine regions.

The name Tofterup is known in the Spanish wine industry because of your older brother, however your new title and own success has made the name internationally recognized. Can you tell us what it is like to have an older sibling in the same industry? Have you found it inspiring and are the two of you competitive?

For many years, it has been very inspiring and very helpful–David has been like a role model. But after having achieved the WSET Diploma, a M.Sc. in Viticulture and Enology and having worked for a few years, I must also admit that I was irritating at times because I was always seen as a “junior” or “the younger brother”. It was understandable because I only had a handful years of experience, however frustrating at the same time.

I have never felt that we have had a competitive relationship, but with a feeling of being seen as junior pushed me to achieve a name for myself, something that would take me out of the shadow of my older brother. I wanted to achieve goals and an identity of my own.

What is it that you feel most passionately about within the wine industry?

The wonderful people, the culture, the diversity of amazing wines, the history, the food, and travelling. Everything.

When or how did you make the decision to go for the title of Master of Wine?

It came as a natural part of my study journey. I was just about to finish the WSET Diploma and I participated at a MW introductory event at Bodegas Muga in Haro in 2014. I was blown away by the way MWs approach wines and their immense knowledge, but at the same time they were very warm and humble people. I wanted to become one of them, so I enrolled just as I finished the WSET Diploma

What was the journey to become Master of Wine like?

It was an extremely intense and long journey. When at home I would get up most days at 6:00 and study to around 10:00 and then work longer days to compensate. I found that I was far more effective studying in the morning while the mind is clear and fresh. There were quite a few trips where different MWs organized practical mock exams (tastings). These were really helpful and fun. Got a new best friend during the program – Fernando Mora MW. We shared a lot of the journey together, so much that in the first half of 2016 we share the same room more nights than with our wives…

What was the lowest point in the journey? How did you overcome it and continue to strive for your goal?

The lowest point of the journey was when I get a call from the IMW on the 31st of August 2018 telling me that I got my research paper “referred”, meaning it would not pass. I was devastated. Having put all my energy and effort into a paper, which I thought was perfect, and not passing was really tough. After getting the news from the IMW, I sent a message to my MW adviser, put my phone on flight mode, jumped into my pool to cool down. I needed to get some fresh air and reflect upon the situation, so I put on my running gear and hiked the local mountain to burn all my energy and gain perspective. A few hours later, I got numerous phone calls from MWs who were really supportive and offered to help me with my referred paper. Will never forget all the support I received. It really helped med overcome the hurdle. My wife was also extremely supportive and understanding during this difficult moment for me.

Knowing now all that you have gone through to achieve this goal, can you explain again how you felt when you got the news…or saw your name amongst the others on the list.

What did this journey tell you most about yourself?

To achieve this goal, I learned to be humble and have perseverance

What is next for you Jonas Tofterup, MW?

Being a husband, for once in my life. I have enrolled into a new program called “Master of Husband”

With a charming chuckle we concluded our visit with Jonas Tofterup, MW. We wish Jonas the best of luck with his career as MW and with his new goal of achieve the Master of Husband he so seeks.

Wine as a Lifestyle

Our Childhood Dream Made Reality

Films
See All Articles
1 of 6